The American Silver Eagle is the official silver bullion coin of the United States.

It was first released by the United States Mint on November 24, 1986. It is struck only in the one-troy ounce size, which has a nominal face value of one dollar and is guaranteed to contain one troy ounce of 99.9% pure silver. It is authorized by Title II of Public Law 99-61 (Liberty Coin Act, approved July 9, 1985) and codified as 31 U.S.C. § 5112(e)-(h). Its content, weight, and purity are certified by the United States Mint. In addition to the bullion version, the United States Mint has produced a proof version and an uncirculated version for coin collectors. The Silver Eagle has been produced at three mints: the Philadelphia Mint, the San Francisco Mint, and the West Point Mint. The American Silver Eagle bullion coin may be used to fund Individual Retirement Account investments. 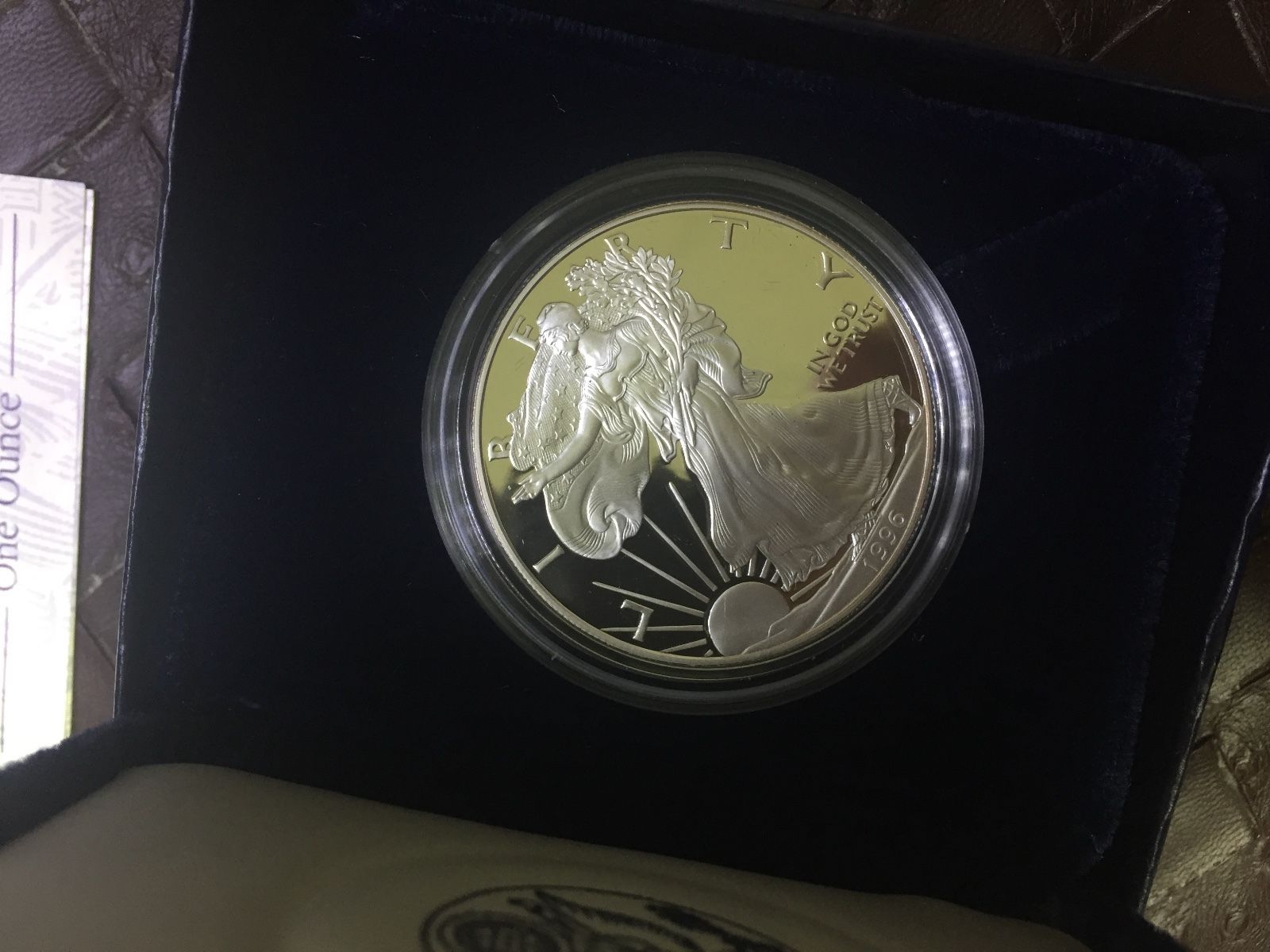 The design on the coin’s obverse was taken from the “Walking Liberty” design by Adolph A. Weinman, which originally had been used on the Walking Liberty Half Dollar coin of the United States from 1916 to 1947. As this iconic design had been a public favorite—and one of the most beloved designs of any United States coinage of modern times, silver or otherwise—it was revived for the Silver Eagle decades later. The obverse is inscribed with the year of minting or issuance, the word LIBERTY, and the phrase IN GOD WE TRUST.

The reverse was designed by John Mercanti and portrays a heraldic eagle behind a shield; the eagle grasps an olive branch in its right talon and arrows in its left talon, echoing the Great Seal of the United States; above the eagle are thirteen five-pointed stars representing the Thirteen Colonies.  The reverse is inscribed with the phrases UNITED STATES OF AMERICA, 1 OZ. FINE SILVER~ONE DOLLAR, and E PLURIBUS UNUM (on the banner that the eagle holds in its beak), as well as the mintmark if applicable.